Our latest newsletter is available. If your business involves electrical contracting, you’ll be especially interested in how SEO can help your business.

How Has the Internet Affected the Healthcare Industry? Part 1

The Internet is a place with millions of web pages and you can find information on almost anything you want; including health care. Social media can be used as a tool for discussing health care problems, or for generally obtaining advice. From the comfort of your own home, whether you are in Hollywood or Orlando, you can go online and look up information on a particular ailment you may have. There are also websites that have physicians to answer questions regarding an illness, along with numerous online drug stores. The Internet is changing some of the ways medicine is practiced. More than 70 million Americans use the web to look for information about health care for themselves or a family member through health care SEO.

Many health care providers now allow people to access their personal health record over the Internet. They allow patients to look at their health history and manage their own health record. It allows people to review their current medication, lab reports and family medical history. Some sites allow patients to make appointments with their doctor through the Internet. These websites are very popular and healthcare SEO is used to attract as many people as possible to these health care providers. As well as being able to access a medical record online, there are now numerous health care providers that offer online prescription services. Prescriptions can be delivered directly to your home. This makes it especially easy for people who have trouble leaving their home to pick up a prescription at the store.

Health care problems are no longer private matters discussed with a select few. Many people are now discussing their health problems on social media sites, like Facebook and Twitter. Over 70% of patients search for their illness or their symptoms online, before or after visiting a doctor. Many hospitals or doctors’ offices use social media and online marketing to engage with their patients. This has proved highly successful for patients who go online before visiting their doctor and get an idea of the kind of questions they want to ask.

Recruitment for jobs in the health care industry has risen over the last few years. Many jobs with specialist needs now advertise their job vacancies via social media websites such as LinkedIn. The jobs are usually for people under 30, so the ads are aimed towards the younger, media savvy population through social media marketing. The Sarasota Memorial Hospital in Florida has over 1000 followers on Twitter and more on Facebook. They have an advantage in the HCAHPS (Hospital Consumer Assessment of Healthcare Providers and Systems) over other hospitals due to their use of social media networks and online marketing.

Many websites also raise awareness about health problems or pregnancies. You can find copious amounts of information online regarding what to expect when you’re pregnant or what the symptoms and side effects of chemotherapy will be. Such sites as these allow users to become educated about their condition from the comfort of their own home.

Internet Information Is Not Always Accurate

The major concern of any type of medical information website is that the information is not always accurate. It is important that you only access sites that are reputable and always seek an opinion from a doctor in person. You may log on to a site and express your symptoms and they could be similar to a different illness and you may be given the wrong information. So although the Internet has influenced health care in many ways, always check with a qualified doctor too; don’t just rely on social networks.

What page rank boils down to is how popular your website is. The more people you know and the more connections you have with other businesses will make a website score high in page rank.

What is Medical Marketing?

Medical marketing is basically the same as any internet marketing for any other business, except that it is done with the patient in mind, rather than just any person. Speaking to the needs and wants of patients, whether in Jacksonville, or elsewhere, takes a specialized team like the one we have at Axiom Health Care Marketing.

Search engines like Google and Yahoo! Periodically make changes to the algorithms they use for rating websites. If your online marketing company doesn’t keep abreast of these changes you’ll be left in the dust. That won’t happen with an SEO company like Axiom Internet Marketing because we are always up to date.

Worth a Thousand Words

If a picture is worth a thousand words, then a video must represent a lot more. Axiom Health Care Marketing offers video creation and video editing that will put your practice in Port Orange in the spotlight.

The Google PageRank is in effect, a popularity score and it affects everyone who has their own website. It is a major contributor to good SEO (Search Engine Optimization) and many people don’t know what it is. Optimization is ever evolving and with new websites always being added to Google PageRank, based on how important they are. Websites are ranked on a scale of 0-10 and are based on many things such as keywords and traffic, but it is mainly based on how many other sites have links to yours.

PageRank was founded by Larry Page, a Google cofounder and each PageRank score is based on a page not a whole website – meaning your website will have many separate PageRank scores.

Why Do People Care About the PageRank?

PageRank is used to place your website in a rank through enhancing the organic search by having a link leading to your website posted on a high ranked website on Google PageRank. If you have a link on a high ranked website such as Yahoo.com, it will affect your PageRank rate, thus increasing the significance of your site. When one site links to another, they are, in basic terms, voting for that page. The more votes your site gets, the more important it is deemed to be.

You can find the PageRank of all sites on the Google toolbar. It is a plugin that can be downloaded for free via Firefox or Internet Explorer. The icon for the PageRank is a horizontal green thermostat; simply go to any website and move your mouse over the icon and it will show the site’s PageRank. In some cases, there may not be a PageRank. This could be because there is no information available or even worse, Google may not know of this site, probably due to poor search engine optimization on that website – this is known as ‘Google Indexing.’

What Each Score Means

The PageRank scale ranges from 0-10, with zero being the lowest and ten being the highest PageRank score possible. However, it is almost impossible to achieve a score of eight, nine or ten. MSNBC and ESPN.com have a PageRank score of 8, Twitter and Yahoo a score of 9, and Facebook and Google have a score of 10. It is said that the score system is based on a base-10 logarithmic – the same scale that is used to measure an earthquake’s seismic energy. Here is a basic list of the scores, what they stand for and some examples of sites with the higher ranking.

How to Improve Your Rank

Boosting the search engine optimization placing of your site is the key factor in improving your rank. One way to do this is to have a link to your site on a very high ranked site. A great starting place to do this is Biznik.com, which has a PageRank score of 6. One of the other important ways to improve your PageRank is to generate a lot of traffic to your site. The more traffic you have, the higher you will rank and it is all owed to good SEO and linking.

No one likes to have surgery, and patients want to know that the surgeon they pick is experienced and sympathetic to their concerns in Pompano Beach. Make it easy for them to find you by using Axiom Health Care Marketing and their SEO expertise. They will place your practice high in search engine ranking so patients will see you first.

How to Bring Traffic to Your Site

There are many ways you can increase the amount of traffic to your website – from online marketing to simple web design. Some of these methods are free; others can be costly. Increasing the traffic to your site is a major component in generating a bigger audience for your site. Generating isn’t just a onetime thing; it is something that must be done constantly.

Generating a good keyword database is essential for all search engine optimization and it will make it easier for people to find your website. Try asking people what words spring to mind when thinking about your specific niche or business. The words you use will not always be just in the headings; they will be in ‘Meta tags’ too. These ‘Meta tags’ are not seen by the people who visit your website, but they are a code in the software that the search engines see. Don’t use too many keywords – it will leave your website with a low search ranking. You can make the search engine optimization yourself, or you can hire a professional SEO Company, that will do this for you. They will collate all information relating to your niche and generate keywords based on the analysis.

A content strategy is the planning, management of content and development of your website. A great web-design allows you to achieve your goals – in this case, more traffic to your site – by making the most impact through the content you use. The three main factors of this content are text, videos and images. Although images will not attract people to your website, if they are there and link well with the content, it will make the user feel like they wish to use your site again. It would be handy if you knew the basics of how to design a website – it will allow for maximum content strategy to be achieved.

Here are a few basic tips that will ensure you maximize traffic to your website. They are all easy to do and you can get started straight away.

Use Social Media to Increase Your Traffic

Social media networking is a great way to increase traffic to your site. Simple ads on Facebook, Twitter or Yahoo! will target people directly and steer them towards your site. It can take longer to create a good network of people on Facebook and Twitter; however, you will benefit your business in the long run as your avid followers will visit your site more often. If people start talking about you on social network sites they will help promote the content of your site – generating more traffic for you.

Link Up With Similar Sites in Your Niche

If you link up with similar sites in your niche it will be great for your site’s SEO. These links will be two-way as you must have a link to their site also – try not to link with sites with low ratings, it could damage yours. You don’t just have to provide website links – try trading banner ads or classified ads, as well. As you can see, there are numerous ways to increase traffic to your site. Why not give not give it a go, have a great web design and great content – maximize your site traffic! 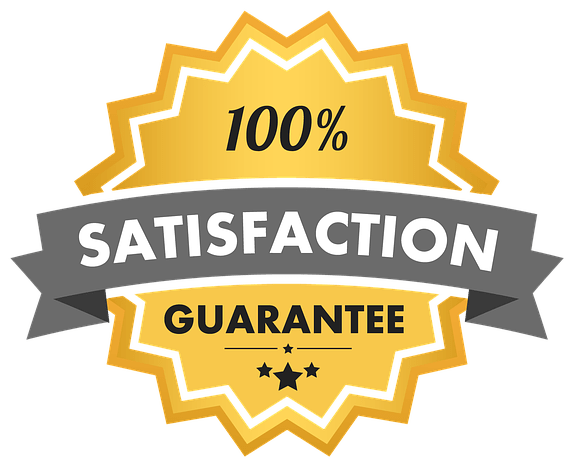